Showing posts from November, 2016
Show All

Time for another challenge that popped up in my Feedly. It is the 2017 Alphabet Soup Reading Challenge hosted by Escape With Dollycas, which I have not done before. The idea is to read one book for each of the letters in the Alphabet. Go to link to see the rules. As always I try first hand to grab a book from my TBR shelves. Here is my initial list. Curious to see if I can fill up the whole list from these shelves? Since I am Swedish and we have three more letters than the English alphabet, I added them. Just for the fun of it. Hope it is ok. A - Aldermans arvinge by Gabriella Håkansson B - Buddenbrooks by Thomas Mann C - Colombus, The Four Voyages by Laurence Berggren D - Darwin's Sacred Cause, Race, Slavery and the quest for Human Origins by Adrian Desmond and James Moore E - Eleanor, The Secret Queen by John Ashdown-Hill F - Freedom by Jonathan Franzen G - Gabriele d'Annunzio by Lucy Hughes-Hallett H - Historien om Lissabons belägring by Jose Saramago I -  If yo
2 comments
Read more 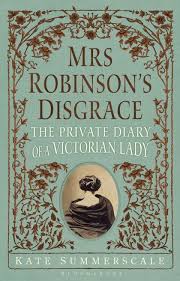 Kate Summerscale is a journalist/author who specialises in books about real life events. Some years ago I read her  The Suspicions of Mr Whicher or The Murder at Road Hill House , telling the story of a little boy being murdered in the midst of his family, in the mid 1800s. It was an interesting account on the police work and probably the first time that the private lives of the Victorian family concerned, was not so private anymore. The title of this book teased me, and I was not aware of the actual theme of the book when I bought it. I figured it would be a daily account of a Victorian lady, which would give me a glimpse into her world. It was not exactly what I expected. Mrs Robinson was married to Mr Robinson (of course) in her second and not entirely happy marriage. The husband was occupying himself with his business and often left his wife on her own. She did not really have anyone to confide in, so did so to her diary. It is full of her daily life, her family, friends and
Post a Comment
Read more 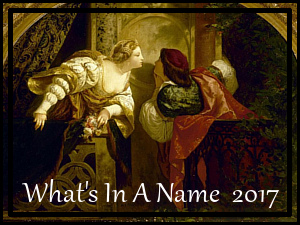 We are nearing the end of the year and it is time to have a look at the results from the 2016 challenges. While doing this, I have noted that the 2017 challenges are building up, and, as usual, a lot of interesting ones. My main challenge this year was to lower my TBR shelves, and any challenge I joined would have to fit in to the various books on these shelves. It has worked out very well. So far I have read 44 books from these shelves, and I hope to be able to finish at least 50 this year. Six to go! There are still 206 minus 44 = 162 books on my shelves, but I am slowly getting there. The aim is another 50 for 2017. I love all the challenges I am participating in this year. One which is already there to sign up for in 2017 is " What's in a Name " hosted by The Worm Hole . You find the criteria and link-up on the link. For 2016 I have three more books to read, and I just picked them out from my shelves in order not to forget. They are: Light in August by William Fau
4 comments
Read more 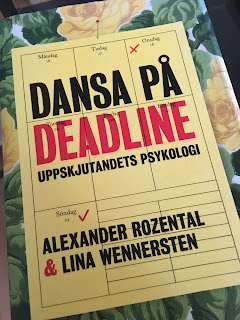 Dansa på deadline is a book about procrastination, written by psychologist (Alexander) and journalist (Lina). A very interesting book, especially if you are a master of procrastination! When I started the book, I was a little bit surprised. How come these people, which I do not know personally, have been writing a book about me? Everything I read could be directly related to my own life. After the first initial chock, I realised it probably means I am not the only procrastinator in the world. The book is very well written. Very pedagogical and it speaks directly to you. After each chapter there are exercises and good advice to help you in the right direction. I have not yet done the exercises, but will do those which seem most applicable to myself. Here are a few things to consider. Impulsive persons have the biggest difficulties with procrastination. They have no patience or disciplin to wait for the reward. They choose the easiest and least satisfying tasks first and the more t
Post a Comment
Read more 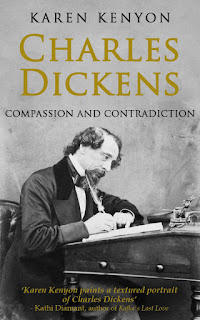 It was the best of times, it was the worst of times, it was the age of wisdom, it was the age of foolishness, it was the epoch of belief, it was the epoch of incredulity, it was the season of Light, it was the season of Darkness, it was the spring of hope, it was the winter of despair, we had everything before us, we had nothing before us, we were all going direct to Heaven, we were all going direct the other way – in short, the period was so far like the present period, that some of its noisiest authorities insisted on its being received, for good or for evil, in the superlative degree of comparison only. This is the opening line from one of Charles Dickens most famous books, A Tale of Two Cities . Charles Dickens is considered one of the greatest novelists during the Victorian era. Almost all of his books are famous and has created unforgettable characters, whose names are used, still today, by artists and alike. He was considered a genius already in his life time. Numerous are the
Post a Comment
Read more 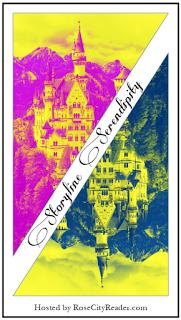 Rose City Reader hosts a A Once-In-A-While Blog Event  called " What is Storyline Serendipity ? It is finding happenstance in the books you read. Serendipity seems to be a rather difficult word to translate into other languages, so let's take a look on where the word Serendipity comes from. According to Wikipedia "Serendipity means a "fortunate happenstance" or "pleasant surprise". It was coined by Horace Walpole in 1754. In a letter he wrote to a friend, Walpole explained an unexpected discovery he had made by reference to a Persian fairy tale, The Three Princes of Serendip. The princes, he told his correspondent, were "always making discoveries, by accidents and sagacity, of things which they were not in quest of". The notion of serendipity is a common occurrence throughout the history of scientific innovation such as Alexander Fleming's accidental discovery of penicillin in 1928, the invention of the microwave oven by Percy Spencer
2 comments
Read more 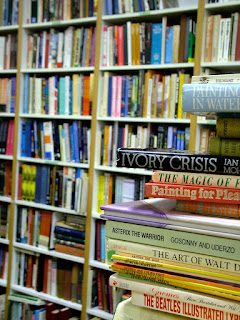 Finally got going with my reading again. It feels great! Here just a few short lines on the latest books that I have read. A Whole Life by Robert Seethaler - the book was nominated for the Man Booker prize, and rightly so. I really loved this low toned, matter of fact story of a man who does not have much going for him. In spite of that he accepts life as it comes, makes the best of it and never venture into dreams he can not fulfil. A magically, wonderful book of a life without few expectations. Although I find the book very sad, Seethaler manages to keep it on a high level and does not venture into self pity for his character. Grymhet (Cruelty) by Birgitta Lindqvist - she spent time working in China and the book contains short stories from her experience there. As the book title indicates it is often a cruel life she meets, but she manages to write magic into the stories and they leave you with a wow experience and a greater understanding of a different culture. Skrivandets s
Post a Comment
Read more
More posts